A British couple holds the Guinness world record for the longest marriage. Percy and Florence Arrowsmith married on June 1, 1925, and celebrated their 80th wedding anniversary on June 1, 2005. Florence who is 100 years told BBC, that “I think we’re very blessed and we still love one another, that’s the most important part of our life.” When asked for the secret of their long marriage, Florence said, “You must never be afraid to say sorry, and you must never go to sleep as bad friends,”. Of course, she’s right. According to Percy, 105, the secret to marital bliss lies in “Our ability to overlook one another’s faults and forgive one another’s mistakes.” There are times in every marriage for forgiving and forgetting and saying, “I’m sorry,” and going to sleep as good friends.
Yes, dear friends, we know from our life experiences that marriage is a circus of 3 rings. The engagement ring, the wedding ring, and the suffe-ring. The mortar is that which holds two bricks together in a building; so also, it is the suffering that holds two lives together in a family network, no matter in good times or bad, in sickness or health, in poverty or richness.

“What God has joined, man must not separate”

The first reading, for this weekend is taken from the book of Genesis (2:18-24), explains God’s original plan concerning marriage. It teaches us that God made man and woman for each other. Hence, in marriage, they are no longer two but one, united by an unbreakable bond. The Responsorial Psalm (128), says, “Your wife shall be like a fruitful vine, in the recesses of your home, and your children like olive plants around your table. The Psalmist prays: “May you see your children’s children.” The second reading, taken from the letter to the Hebrews (2: 9-11), reminds us that Jesus became one of us, and He “tasted death for everyone.” Jesus was not only the Sacrifice but also the High Priest. Thus, Jesus brought all of us into a new relationship with God.
Today’s Gospel according to Mark (10: 2-16) gives Christ’s explicit teaching on marriage and divorce, the divine origin of marriage, the sacredness of family life, and the indissolubility of marriage. These are difficult messages to preach in today’s society that permit co-habitation and ignores both the dangers and drastic consequences of divorce. Some recent studies show that the divorce rate in the U.S has gone above 43%, although it is still less than that of Russia (65%), Sweden (63%), the U.K (49%), and Australia (49%). In the year 2019, there were roughly about 2.2 million marriages in the U.S. and about 1 million divorces. Although the rate of marriage is declining faster than the rates of divorce, experts predict that somewhere between 40 to 50 percent of all marriages existing today will end up in divorce. Certainly, this is very sad, and sickening statics, especially when we think of our future society, our children, grandchildren, and great-grandchildren. 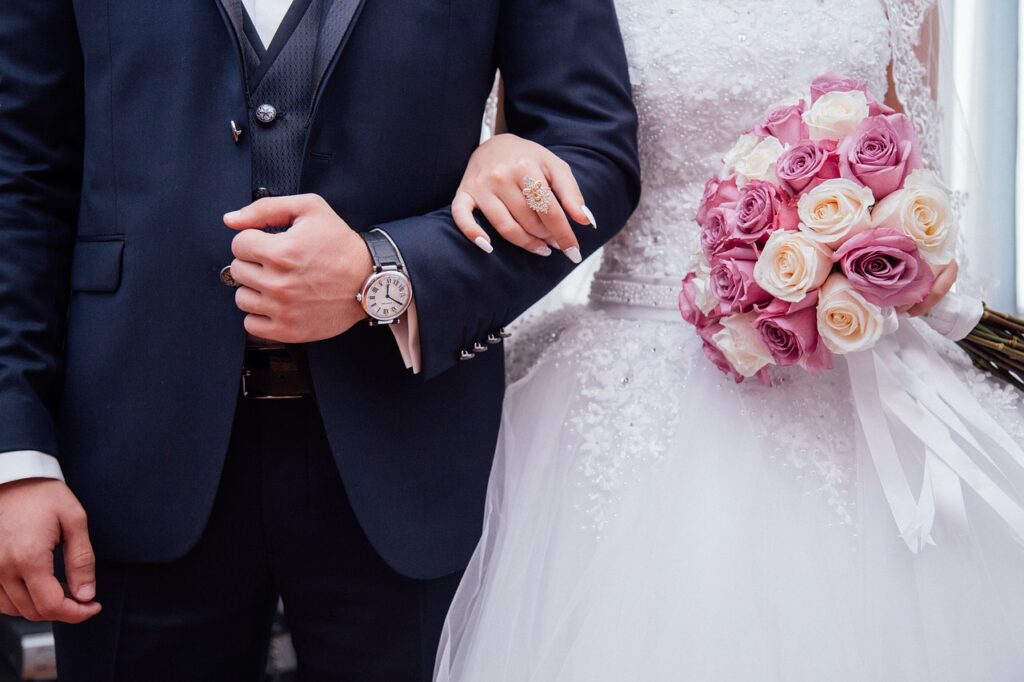 The context of today’s gospel is that king Herod had married his brother’s wife, Herodias, violating the Mosaic Law. John the Baptist showed courage in condemning the king in public. Here the Pharisees were setting a trap, to check if Jesus also agreed with John the Baptist. But Jesus used the occasion to declare that the bond of marriage comes from God, not from man and that it is permanent and indissoluble: “What God has joined, man must not separate”. The Gospel teaches that family life is sacred. Both husband and wife are partners with equal rights, and that the destruction of the family by divorce is leading the destruction of society and families. Christian marriage involves both a sacred and legal contract between a man and woman and at the same time is rooted in a special Covenant with the Lord. That is why Jesus states that a valid marriage is permanent. Therefore, the Church has always firmly taught that a Sacramental marriage between Christians where true matrimonial consent and consummation, is absolutely indissoluble, except by the death of one of the spouses.
Hence, we have to encourage and motivate both spouses to work hard together to create a good marriage and it is the need of the time. We need to reach out with love and sympathy to the divorced and troubled families to give them hope and support. Those who are divorced must be taught that God has not abandoned them and they have a support system. After all, a perfect marriage is just two imperfect people who refuse to give up on each other. May God bless us all. Happy weekend!