One day, a man was walking along the beach when he noticed a boy was picking up something and gently throwing it into the ocean. Out of curiosity, this man approached the boy and asked, “What are you doing?” The boy replied, “Throwing starfish back into the ocean.  The surf is high, and the tide is going low.  If I don’t throw them back, they’ll die.”  “Son,” said the man, “don’t you realize there are miles and miles of beach and hundreds of starfish?  You can’t really make a difference!”  After listening to him politely, the boy bent down, picked up another starfish, and threw it back gently into the ocean.  Then, with a smile, he said, “See, I made a difference for that one.”

A simple expression of our willingness to make a difference in others by touching and transforming individual lives.  Some of us transform others’ lives by our honorable deeds, loft thoughts, kind gestures, simple lifestyles, and even sharing our own very lives.  A candle can give light only by letting its wick burn and its wax melt.  So also, our lives!

“The Gospel teaches us that new life and eternal life are possible only by the death of the self through obedience, suffering, and service.”

The book of the Prophet Jeremiah, (Jeremiah 31:31-34) explains how God replaced the Old Covenant of Judgment with a New Covenant of Forgiveness of sins. Prophet Jeremiah lived from about 650 B.C. to perhaps 580 B.C. Most of his life and work was in Jerusalem, the capital of Judah. As a young man, he was called by God. He lived through the tough and tragic history of Judah, even to the ruin of the kingdom, invasion of the Babylonians, and deportation of people to Babylon, present Iraq. This New Covenant prophesied by Jeremiah was fulfilled through the death and Resurrection of Jesus. The letter to Hebrews, (Hebrews 5: 7-9) tells that it is by Jesus’s suffering and death, in obedience to his Father’s will, that He established the New Covenant.
The Gospel according to John, (John 12:20-33) explains a context when some Greek pilgrims who were either new converts to Judaism or mere ‘truth-seekers’ were greatly impressed by the royal reception given to Jesus on Palm Sunday and the subsequent cleansing of the Temple by Jesus. Hence, they approached the apostle Philip who had a Greek name and requested a private interview with the Master. Jesus uses the occasion to declare that he is the “Son of Man” prophesied by Daniel and that his time of glorification is at hand. He also corrects the false notion of him being a political messiah but a suffering servant who will be glorified by His suffering, death, and Resurrection. The Gospel also describes the inner struggle of Jesus in accepting the cup of suffering to inaugurate the New and Eternal Covenant. However, Jesus accepts the cross as his “hour,” leading to his passion, death, and Resurrection. Jesus also considers his “hour” as the way of glorifying his Heavenly Father and of being glorified by his Father. It is also the way by which all people will be drawn into the saving action of God. Finally, the “lifting up ” of Jesus on the Cross and later into Heavenly glory by Resurrection and Ascension is the assurance of our own exaltation and glorification, provided we accept our own daily crosses. His death brings life and liberation to the sinful world, just as a grain of wheat dies itself and gives life. 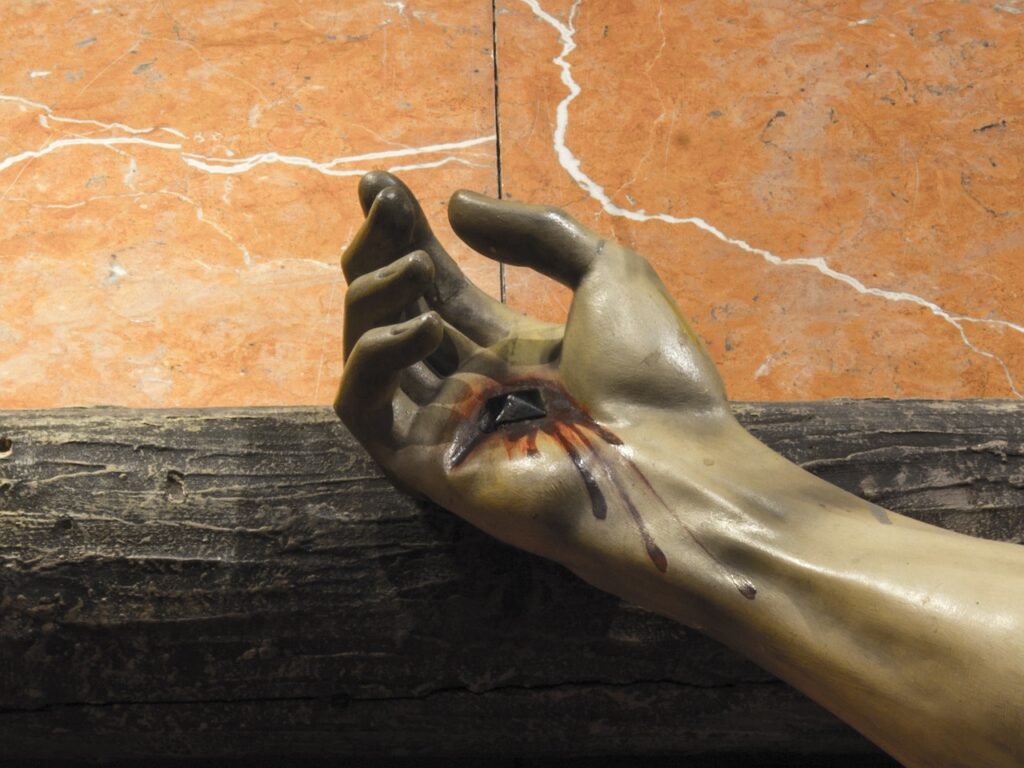 In the same way, it is by the self-sacrificial lives of holy people that life and salvation come to humanity.  Look at the lives of saints in our Church and great men and women of other faith and religions. In other words, when we “die” to our selfishness, we “rise” to a new life in Jesus Christ. The Gospel teaches us that new life and eternal life are possible only by the death of the self through obedience, suffering, and service. Salt delivers its taste by dissolving in water; oyster produces a priceless pearl through a long and painful process. Only a life spent for others will be glorified here in this world and Heaven. We know that the world owes everything to people who have spent their time and talents for God and their fellow human beings. It is always better to burn out than to rust out in life. Those who decided to burn out are remembered today by our society, not those who rusted out. Our loving parents burn out and sacrifice themselves so that their children can enjoy a better life than they have had. Let us pray for this self-sacrificing spirit, especially, that Christ may live today through our lives, especially through our daily death!