We probably do not recognize the name, Rita Antoinette Rizzo. Rita was born in an impoverished environment on April 20, 1923, and experienced rough childhood. She decided to become a Catholic nun and at the age of 21, she entered the Poor Clares of Perpetual Adoration. She believed that God was calling her into television ministry. At the time she didn’t know anything about television except how to turn one on. But she prayed about it and decided to go ahead with the project, believing that everything would fall in place. With only two hundred dollars and a handful of other Sisters, she became the only religious woman in broadcasting to own a network, the Eternal Word Television Network (EWTN) headquartered in Irondale, Alabama and she found a new house for the order in the same place in 1962. In 1996 she initiated the building of the Shrine of the Most Blessed Sacrament and Our Lady of the Angels Monastery in Hanceville, Alabama. This is Mother Mary Angelica of the Annunciation. Although she died, millions of people listen to her prerecorded programs. Her network, EWTN, is available 24 hours a day everywhere in the world. Who would have thought that Rita Rizzo, coming from an impoverished background could reach out and help millions of people to learn and appreciate their Faith? Who would have thought that such a tiny seed would become such a lofty Tree? This is the way the kingdom of God works in today’s world.

“Let us ask the Holy Spirit to assist us in our mission of building God’s kingdom and spreading it across the world.”

The book of Prophet Ezekiel (17:22-24) tells us how the Lord God of Israel will allow a descendant of King David to become the Messiah and Savior of the world. The Psalm 92, sings of Jesus, “The Just One shall flourish like the palm tree, like a Cedar of Lebanon shall He grow.” St. Paul tells the Corinthians (II Cor 5:6-10) Christians that they are to advance the growth of God’s Kingdom and His rule in their lives by doing His will so that they may be amply rewarded in the final judgment.
The Gospel according to Mark 4:26-34; Jesus compares the growth of the Kingdom of God to the germination of a wheat seed and that of a tiny mustard seed. Both have exceedingly small beginnings. The wheat seeds, by gradual but steady growth, help the farmer to get a bumper crop. In the same way, the life principle in a tiny mustard seed enables it to grow into a large bush. So also, the reign of God in human hearts and the growth of the Church in the world has a small beginning. But God, the Source of all life, gives to both a steady, persistent and gigantic growth, provided we, the members of the Church, cooperate with God’s grace. The kingdom of God for Pharisees was the absolute observance of the Mosaic Law. For the Zealots, it was a political state established by force with God as Supreme Ruler. The Essenes imagined the Kingdom of God as heralding the end of the world, as it was not happening the way they imagined, out of despair they withdrew to Qumran and elsewhere, in the Dead Sea wilderness, to await its coming. Jesus proclaimed this Kingdom as God’s rule in human lives begging here on earth and completed in Heaven. The Kingdom Jesus speaks of is not only the afterlife but life here and now; it is the way God wants the world to be. This is why we say “the kingdom of God is already but not yet” Jesus’ Kingdom parables in today’s Gospel point to the Kingdom as a Divine act rather than a human accomplishment. The Parable of the Mustard Seed shows the humble beginnings of the Church experiencing an explosive rate of growth. 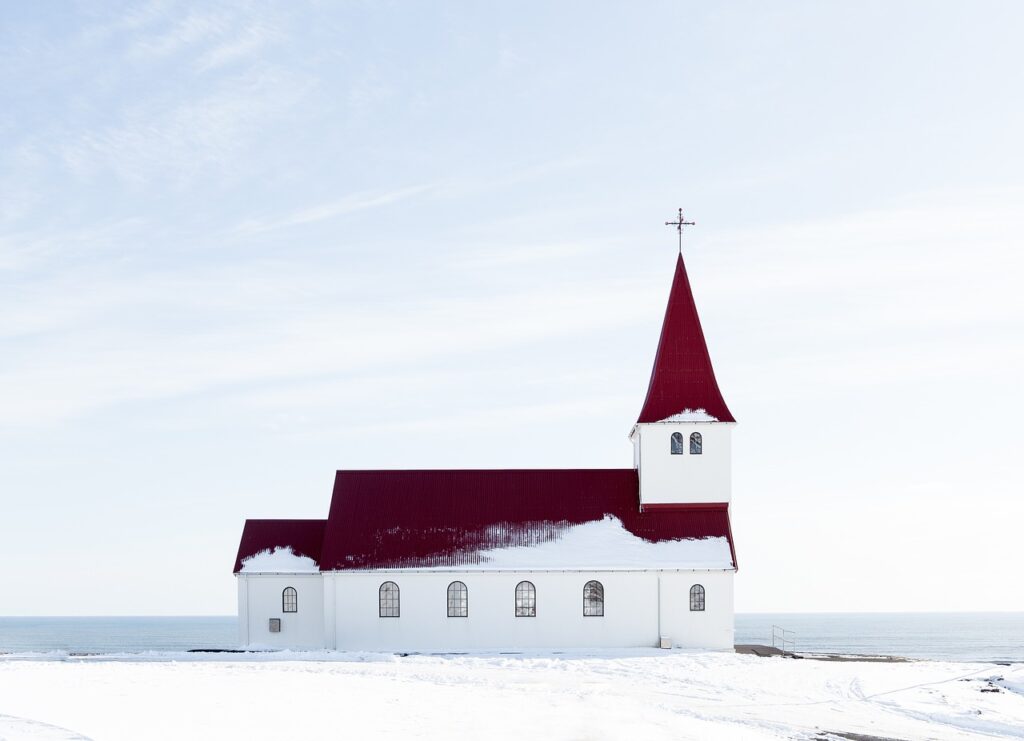 We are invited to cooperate in the growth of God’s Kingdom. The seed of faith lies dormant within each of us. When we permit the Holy Spirit to nurture it with tender loving care, it grows miraculously into gigantic proportions. The growth is slow and microscopic in the beginning. But this seed grows by using the power of the Holy Spirit, given to us through the Word of God, the Mass, the Sacraments, and prayer. We participate in the growth of God’s Kingdom on earth and its growth will be completed in our Heavenly life. Each of us is called to be builders of this kingdom by our words and deeds. Let us ask the Holy Spirit to assist us in our mission of building God’s kingdom and spreading it across the world.